The following is a compilation of how well a mercenary fares into the current PvP (arena) meta. There isn't a PvE meta, as all units can be used there freely, but generally, if a unit performs well in PvP, it will also in PvE. Keep in mind that these tier lists are everchanging, especially when new units are introduced and shake the meta. 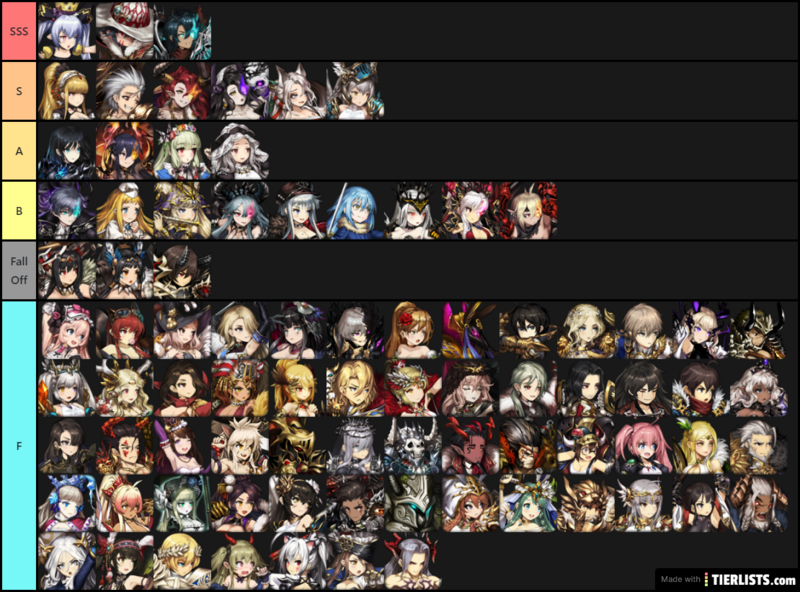 To further read the justification about this tierlist, see Baloo's reddit thread : https://www.reddit.com/r/brown_dust/comments/deuk7i/pvp_regular_arena_tierlist_post_6d_update/

Retrieved from "https://bravenine.miraheze.org/w/index.php?title=Tier_Lists&oldid=6386"
Category:
Cookies help us deliver our services. By using our services, you agree to our use of cookies.